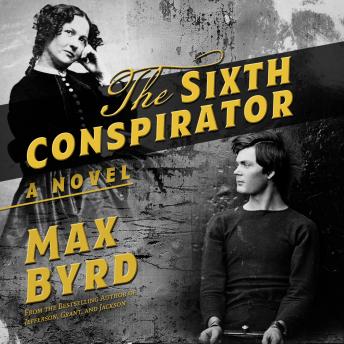 The Sixth Conspirator: A Novel

Acclaimed historical novelist Max Byrd delivers a riveting account of America's secret mission to track down the conspirators in Lincoln's assassination. The Sixth Conspirator is both a fascinating spy story and irresistible love story.

The assassination of Abraham Lincoln set off a hysterical burst of international conspiracy theories, with all eyes turning first to Canada-once a hotbed of Confederate plots-and then, as evidence mounted, to the Catholic Church and Rome.

Along the way Byrd creates a panorama of wonderfully-realized characters, great and small, fictional and real. In deeply researched, fascinating historical detail, he carries us back to another reality-the far away mid-nineteenth century world from which our America slowly emerged.