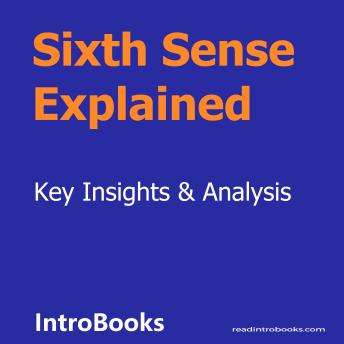 Sixth sense found in a human being or any living being for that matter is an ability that some to believe they own that element in an abstract manner that seems to deliver the information without using the five senses of sight, touch, hearing power, taste or smell. If a sensible person has five senses, then he does possess the sixth sense as well. It may not be exploited often or as frequently as one wants it, but it is invariably there. It is part of the creation of the soul in all people.

The sixth sense as described by the lexicon interpretation, is a power of perception autonomous of the five senses viz., sharp intuition. Others term it ESP or Extra Sensory Perception. So the question that one would like to reply is: How to activate the sixth sense? The reason is that the meaning is, as it were, lost for a majority of people. It's like the eyes closed and unable to see, can't be used for as long as they're shut.

This title is due for release on April 26, 2020
We'll send you an email as soon as it is available!