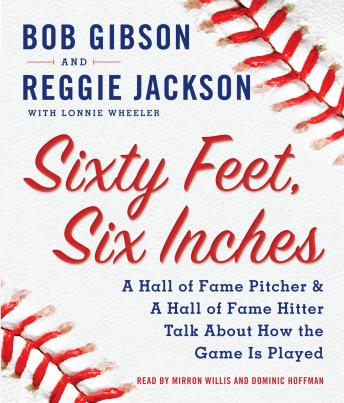 Reggie Jackson and Bob Gibson offer a once-in-a-lifetime opportunity to understand America's pastime from their unique insider perspective.Legendary. Insightful. Uncompromising. Candid. Uncensored. Mr. October and Hoot Gibson unfortunately never faced each other on the field. But now, in Sixty Feet, Six Inches, these two legends open up in fascinating detail about the game they love and how it was, is, and should be played. Their one-of-a-kind insider stories recall a who's who of baseball nobility, including Willie Mays, Alex Rodriguez, Hank Aaron, Albert Pujols, Billy Martin, and Joe Torre. This is an unforgettable baseball history by two of its most influential superstars.