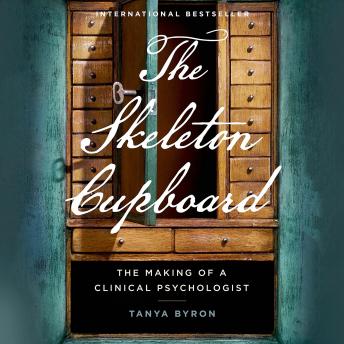 The Skeleton Cupboard: The Making of a Clinical Psychologist

The gripping, unforgettable, and deeply affecting story of a young clinical psychologist learning how she can best help her patients, The Skeleton Cupboard is a riveting and revealing memoir that offers fascinating insight into the human mind.
In The Skeleton Cupboard, Professor Tanya Byron recounts the stories of the patients who most influenced her career as a mental health practitioner. Spanning her years of training-years in which Byron was forced her to contend with the harsh realities of the lives of her patients and confront a dark moment in her own family's past-The Skeleton Cupboard is a compelling and compassionate account of how much health practitioners can learn from those they treat. Among others, we meet Ray, a violent sociopath desperate to be shown tenderness and compassion; Mollie, a talented teenager intent on starving herself; and Imogen, a twelve-year old so haunted by a secret that she's intent on killing herself. Byron brings the reader along as she uncovers the reasons each of these individuals behave the way they do, resulting in a thrilling, compulsively readable psychological mystery that sheds light on mental illness and what its treatment tells us about ourselves.

Skeleton Cupboard: The Making of a Clinical Psychologist