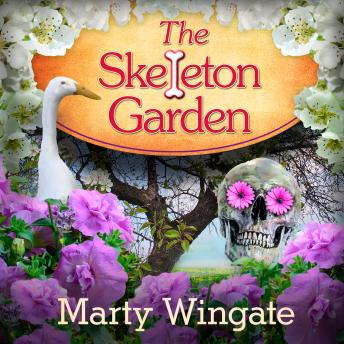 Texas transplant Pru Parke has put down roots in England, but she never dreamed she'd live in a grand place such as Greenoak. When her former employers offer Pru and her new husband, former Detective Chief Inspector Christopher Pearse, the use of their nineteenth-century estate while they're away for a year, she jumps at the chance. Sweetening the deal is the prospect of further bonding with her long-lost brother, Simon, who happens to be Greenoak's head gardener. But the majestic manor has at least one skeleton in its closet-or, rather, its garden.

Working on renovations to the extensive grounds, siblings Pru and Simon squabble about everything from boxwood to bay hedges. But when the removal of a half-dead tree turns up the wreckage of a World War II-era German fighter plane and a pile of bones, the arguments stop. That is, until a rival from Simon's past pays a surprise visit and creates even more upheaval. It's suddenly clear someone is unhappy their secrets have been unearthed. Still, Pru's not about to sit back and let Simon take the fall for the dirty deed without a fight.