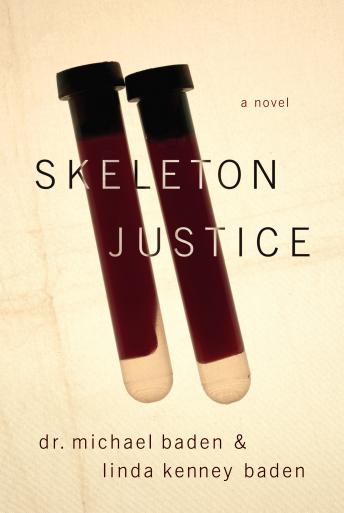 The case begins with New York City on high alert for a most bizarre serial killer—a strange kind of thief who stalks his victims for the purpose of extracting a vial of blood, earning him the tabloid nickname the Vampire. As the attacks become more and more vicious and escalate to torture and then to murder, Jake and Manny begin to suspect there is a connection between the killer’s seemingly random victims. But what is the link between the Vampire and a case that Manny’s been working for a kid whose high school prank-gone-wrong has earned him the moniker the Preppy Terrorist and an FBI electronic ankle bracelet? Jake’s careful forensic examinations, Manny’s courtroom tenaciousness, and an unusual clue suggesting that a high-ranking politician has risen from the grave take the pair from the bowels of the morgue to the world of international intrigue. At the heart of this story is a tragic tale of corruption interlaced with cover-ups, conspiracies, death squads, and dictators who committed crimes that to this day go unpunished.

A fast-paced, boldly imagined work from an exuberant new team in suspense.

This title is due for release on June 16, 2009
We'll send you an email as soon as it is available!