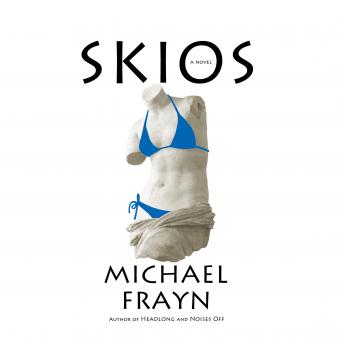 On the private Greek island of Skios, the high-paying guests of a world-renowned foundation prepare for the annual keynote address, to be given this year by Dr. Norman Wilfred, an eminent authority on the scientific organization of science. He turns out to be surprisingly youthful, handsome, and charming. Everyone is soon eating out of his hands. No one more than Nikki, the foundation's attractive and efficient organizer. Meanwhile, Nikki's old friend Georgie has rashly agreed to spend a furtive horizontal weekend with a notorious schemer. Trapped there with her instead is a pompous, balding individual called Dr. Norman Wilfred, who has lost his whereabouts, his luggage, his temper - indeed, everything he possesses other than the text of a lecture on the scientific organization of science.