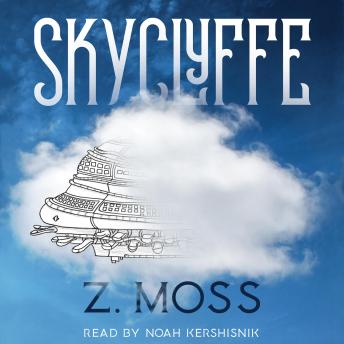 Rex Bright is thirteen, and his life is ordinary …… until he sees a face in a cloud.

Rex glimpses the girl from an airplane window while traveling to his aunt and uncle’s farm for the summer. Her features are so perfect Rex can’t believe she’s only vapor.

But Cloud Girl is real.

And no one can know about her.

So a week later, Skyclyffe, a mysterious airship cloaked in a cumulus, abducts Rex and his family. The captors expect the Brights to live in their flying city forever. Although he’s kidnapped, Rex loves the craft filled with robots, scientific discoveries, and silvery-white beings.

Before long, Rex will have to decide whether to stay in the secret society, never to step foot on Earth again, or to find an escape, exposing Skyclyffe to the world.

This title is due for release on June 20, 2020
We'll send you an email as soon as it is available!