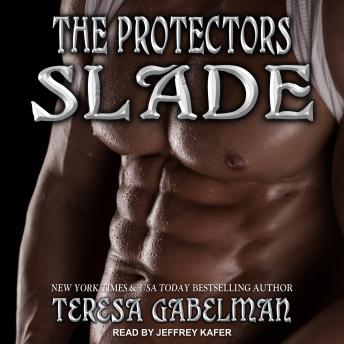 Highly trained VC Warrior Dr. Slade Buchanan's role between lifesaver and lifetaker has been a constant battle, but nothing prepared him for half-breed VC Warrior trainee Jill Nichols. Slade realizes his struggles from the past were nothing compared to the difficulty of resisting the woman who could never belong to a man like him.

Being the only female VC Warrior recruit, Jill Nichols has an uphill battle. Falling for the sexy doctor Slade Buchanan has not made the battle any easier, especially when he constantly reminds her and others there will never be anything between them. Working harder than any male recruit, obstacles are thrown in her path, and with each challenge, it becomes clear that the two things she wants most may never be.