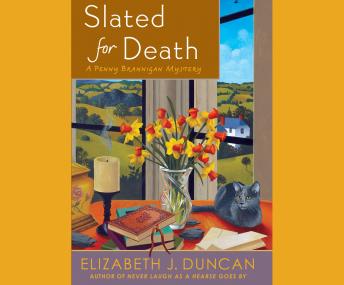 When the body of well-liked and respectable Glenda Roberts is discovered at the bottom of a former slate mine, now a busy tourist attraction, pandemonium erupts in the North Wales town of Llanelen. Penny Brannigan finds herself drawn into the investigation when jars of her house-brand hand cream are found among counterfeit inventory Glenda and her sister were selling. Police are convinced that the mine operator whose asthmatic son suffered an almost-fatal attack due to the merchandise is responsible for Glenda's death. But Penny's not so sure. A visit to Glenda's mother only deepens her conviction that a hidden family secret is the real reason for the murder.