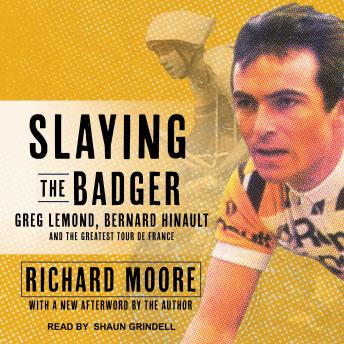 Bernard Hinault is 'Le Blaireau,' the Badger. Tough as old boots, he is the old warrior of the French peloton, as revered as he is feared for his ferocious attacks. He has won five Tours de France, marking his name into the history books as a member of cycling's most exclusive club.

Yet as the 1986 Tour de France ascends into the mountains, a boyish and friendly young American named Greg LeMond threatens the Badger-and France's entire cycling heritage.

The stakes are high. Winning for Hinault means capping his long cycling career by becoming the first man to win the Tour six times. For LeMond, a win will bring America its first Tour de France victory. So why does their rivalry shock the world?

LeMond and Hinault ride for the same team.

Asked by a reporter why he attacked his own teammate, the Badger replies, 'Because I felt like it.' and 'If he doesn't buckle, that means he's a champion and deserves to win the race. I did it for his own good.'

LeMond becomes paranoid, taking other riders' feed bags in the feed zone and blaming crashes on sabotage. Through it all, with the help of his American teammate Andy Hampsten, LeMond becomes the first American to win the Tour de France.