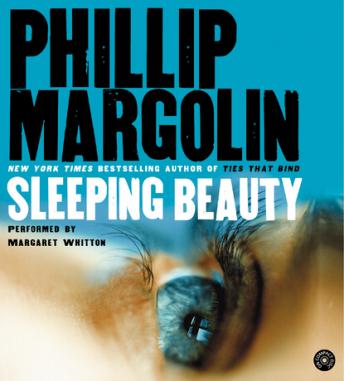 Author Miles Van Meter is on a book tour to promote his sensational bestseller Sleeping Beauty, a true-crime account of a deeply personal subject: the attack by a serial killer that left his twin sister, Casey, in a coma. Tonight the audience waits to hear Miles discuss recent developments in his sister's case -- unaware that pieces of this complex puzzle of violence, unknown even to the author, are about to be revealed.

Six years earlier, life was much simpler for everyone involved, especially seventeen-year-old Ashley Spencer, a popular high school soccer star. Then one night an intruder entered Ashley's home and murdered her father and her best friend. Traumatized and suffering from a crippling sense of survivor guilt, Ashley is ready to give up on both soccer and life until help comes from an unexpected source -- a scholarship to an elite private school is extended to her by school dean Casey Van Meter. The school quickly becomes a haven for both Ashley and her mother, Terri. As Ashley regains her sense of self through the school's soccer program, Terri joins a writing group for adults led by Joshua Maxfield, a former literary wunderkind who has disappeared from the bestseller lists since his second book was panned by both critics and fans.

Then tragedy strikes again and Ashley has to run for her life, unaware that the key to her survival is in the one book she's afraid to read -- Sleeping Beauty.