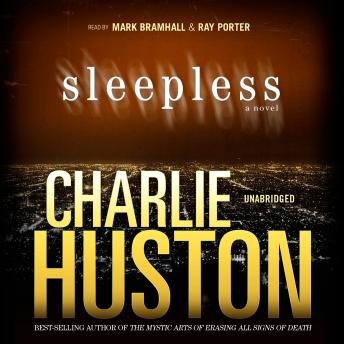 Every day, more and more people have been found to have contracted the illness. It reveals itself gradually, inhibiting sleep, eating away at one’s mind, birthing panic and confusion, until the final few months before death known as the suffering. The epidemic has swept the globe, and now infects one in ten people.

Straight-arrow cop Parker T. Haas is working undercover as a dealer in the black-market trade of Dreamer, the only known drug that offers relief for the sleepless. The drug is in small supply and impossibly high demand, and in his darker moments, Park admits to himself that his interest in it goes beyond the professional. His own wife, Rose, has been sleepless for months, and they haven’t yet found the courage to find out if their infant daughter is also sick. Though the stress at work and at home are weighing on him, Park presses on, feeling like he’s on the cusp of learning something crucial about the disease.

I felt the book was hard to follow and it seemed to wander around a bit. I gave it the benefit of the doubt and listened to the book a second time since I really like this author. I found I followed the book easier and understood parts I missed completely. I will not give up on Charlie Huston because of one book when the other three were great. I recommend the same.

Hard to follow what is going on. Seems to be a lot of filler that has little to do with the story line.