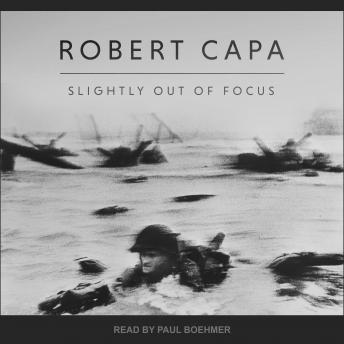 In 1942, a dashing young man who liked nothing so much as a heated game of poker, a good bottle of scotch, and the company of a pretty girl hopped a merchant ship to England. He was Robert Capa, the brilliant and daring photojournalist, and Collier's magazine had put him on assignment to photograph the war raging in Europe. In this book, Capa recounts his terrifying journey through the darkest battles of World War II and shares his memories of the men and women of the Allied forces who befriended, amused, and captivated him along the way. His photographs are masterpieces-John G. Morris, Magnum Photos' first executive editor, called Capa 'the century's greatest battlefield photographer'-and his writing is by turns riotously funny and deeply moving.

From Sicily to London, Normandy to Algiers, Capa experienced some of the most trying conditions imaginable, yet his compassion and wit shine throughout this book. Charming and profound, Slightly Out of Focus is a marvelous memoir told by an extraordinary man.