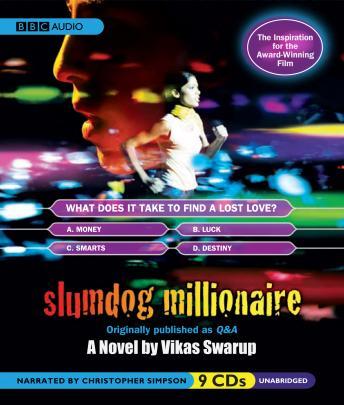 Vikas Swarup's spectacular debut novel, the inspiration for the award-winning film, opens in a jail cell in Mumbai, where Ram Mohammad Thomas is being held after correctly answering all twelve questions on India's biggest quiz show, Who Will Win a Billion? It is hard to believe that a poor orphan who has never read a newspaper or gone to school could win such a contest. But through a series of exhilarating tales Ram explains to his lawyer how episodes in his life gave him the answer to each question. In his warm-hearted tale lies all the comedy, tragedy, joy and pathos of modern India. Hear the whole story behind the Academy Award winning film, Slumdog Millionaire!