Slutever: Dispatches from a Sexually Autonomous Woman in a Post-Shame World 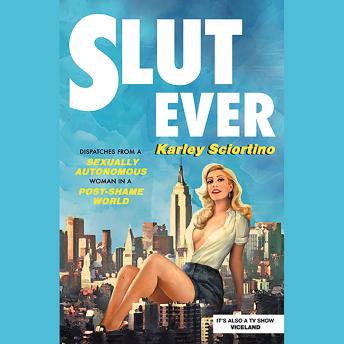 Slutever is a call-to-arms, a confessional memoir, and a slut manifesto—and it's all thanks to a sex-radical hedonist in a pink PVC mini dress.

"Slut" is a great word. It just sounds perfect-so sharp and clear and beautiful. It's one of those satisfying four letter words, like cunt and fuck. Slut also happens to be an anagram for lust, which is one of those divine coincidences that makes you wonder if God actually exists.

We're lucky that slut is such a great word, because it's safe to say that almost every woman will be called a slut at least once in her lifetime. Despite a slowly shifting sexual double standard, it's still taboo to be a woman who's openly sexual-let alone one who sleeps around. Now Vogue columnist Karley Sciortino is on a mission to reclaim the word "slut" to represent a person who seeks out visceral experiences through sex, and who isn't ashamed about it. Sluts are special. Sluts are radical. And sluts are skilled at time management, because they can handle multiple partners on rotation, plus their jobs and their blogs and their beauty routines. Not everyone is qualified for this coveted position.

Slutever: Dispatches from a Sexually Autonomous Woman in a Post-Shame World