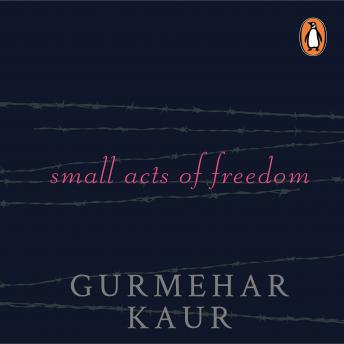 In February 2017, Gurmehar Kaur, a nineteen-year-old student, joined a peaceful campaign after violent clashes at a Delhi University college. As part of the campaign, Kaur's post made her the target of an onslaught of social media vitriol. Kaur, the daughter of a war martyr, suddenly became the focal point of a nationalism debate. Facing a trial by social media, Kaur almost retreated into herself. But she was never brought up to be silenced. 'Real bullets killed my father. Your hate bullets are deepening my resolve,' she wrote then. Today, Kaur is doubly determined not to be silent. Small Acts of Freedom is her story.