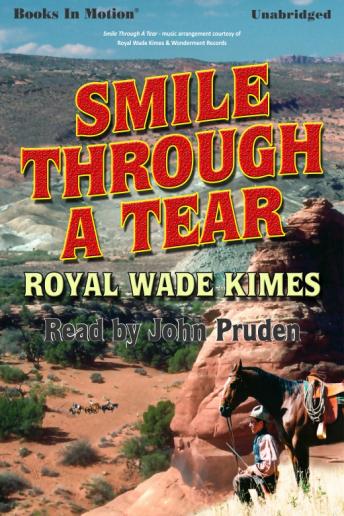 Smile Through A Tear

Clay Rose, the deputy of Tucson noticed unfamiliar horses in front of the bank. It dawned on him, something was wrong. Suddenly his boss, Sheriff Biggs was stepping fast across the street just as Frankie Giles gang burst from the bank, shooting in all directions. They gunned the sheriff down along with the Marie Ramos, the lady Clay Rose intended to marry. He had been holding her behind him trying to shield her, but in his process to shoot back, a bullet took her. Clay Rose, the deputy of Tucson lost his best friend and the love of his life in just a few blinding seconds. Frankie and his gang didn't know that they had built a fire inside a man that could not be put out when they shot his Marie. They wouldn't be trailed and hounded by a man just doing his duty. They would be hunted by a man consumed with revenge. There would be no place of safety. Even the luxury of daylight would be taken from them without some worry. From Tucson, Arizona to Abilene, Texas the battle would rage. The news of the fight would run ahead of Clay and his partner Billy Bass, a worthless kid that grows into a man before the end of the trail. The talk of the two men chasing the outlaw Frankie Giles becomes such an event, that folks are hoping to meet them along the way. Frankie was running home to Daddy Giles, the judge of Abilene for protection. It would all come to a head in a town filled with people who had come for miles to see the showdown.  In the end, Clay would smile through a tear.

Smile Through A Tear