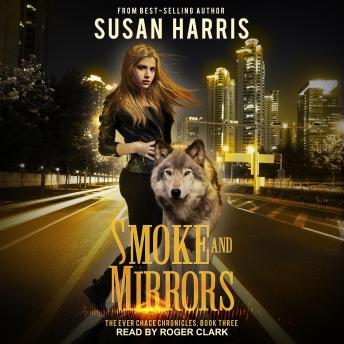 Ever Chace is a Valkyrie, but not just any Valkyrie-she's a Valkyrie queen in the making.

Torn between the past and present, love and obligation, Ever is terrified of saying the words that would break the curse she is bound to. Pushing Derek away hasn't simplified things; it has only made her miserable. With her father waking, and her and Derek's lives on the line, can she really shy away from who and what she is becoming? How long can Ever keep her past lives a secret?

Pushing thoughts of his mate aside, Derek tries to focus on the task at hand-tracking down a monster that leaves nothing but a husk behind. But Ever is never truly off his mind, even as two of his own become targets of the unsub. Can he set his personal distractions aside to keep his team alive?