Snakewoman of Little Egypt: A Novel 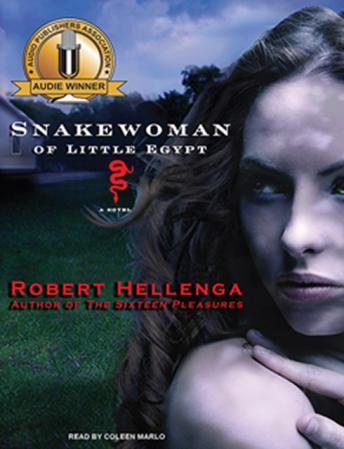 On the morning of his fortieth birthday, anthropology professor Jackson Jones contemplates his future: Should he go back to Africa, where he did his fieldwork, and live with the Mbuti, or should he marry and settle down in the Midwest, where he now teaches?

On the morning of her release from prison, Sunny, who grew up in a snake-handling church in the Little Egypt region of Southern Illinois, rents a garage apartment from Jackson. She's been serving a five-year sentence for shooting, but not killing, her husband, the pastor of the Church of the Burning Bush with Signs Following after he forced her at gunpoint to put her arm in a box of rattlesnakes.

Sunny and Jackson become lovers, but they're pulled in different directions. Sunny, drawn to science and eager to put her snake-handling past behind her, enrolls at the university. Jackson, however, takes a professional interest in the religious ecstasy exhibited by the snake handlers. Push comes to shove in a novel packed with wit, substance, and emotional depth. Snakewoman of Little Egypt delivers Robert Hellenga at the top of his form.

Snakewoman of Little Egypt: A Novel