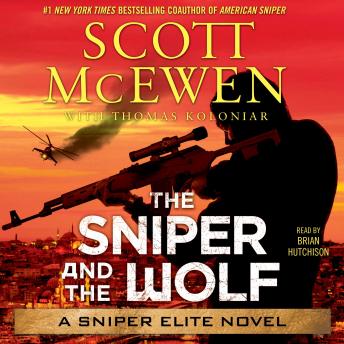 The Sniper and the Wolf: A Sniper Elite Novel

Hot on the trail of a high-profile target, Navy SEAL sniper Gil Shannon turns from hunter to hunted when he finds himself in the crosshairs of Chechen terrorist “The Wolf.” Stranded in Paris, Shannon must team up with an unlikely ally—a deadly Russian special operative—to help even the odds. When they discover that “The Wolf” is just one of many sinister players in a global terrorist plot bent on thrusting the US economy into total chaos and upending the stability of the Western world, Shannon and his team race to track down the terrorists before they can execute their horrific plan. In a white-knuckle adventure across Europe and the Caucasus, Shannon goes head-to-head with legions of enemy fighters, but his ultimate showdown is against the one sniper who may be his equal shot. Who will survive?

Sniper and the Wolf: A Sniper Elite Novel