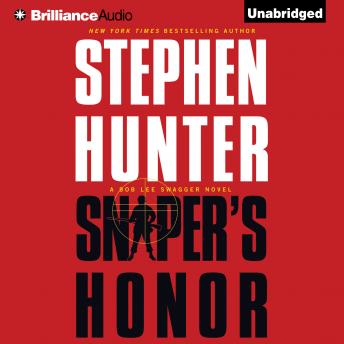 Bob Lee Swagger knows rifles. So when his reporter friend Kathy Reilly calls him about a World War II Mosin-Nagant 91 with a PU scope, he knows exactly how and why it was used. And by whom. Snipers. As it turns out, Reilly has one particular sniper in mind. Mili Petrova was once the most hunted woman on earth, having raised the fury of two of the most powerful leaders of her time: Joseph Stalin and Adolf Hitler. But little is known about the fate of one of Russia’s most decorated snipers in the waning years of the war—was she a hero? Or a traitor? Sent on a special assassin’s mission to Ukraine, Mili appears to have all but vanished from history. When Swagger picks up her trail seventy years later, he travels across oceans and time to put himself in the mind of the brave, beautiful young woman and understand the forces that conspired to silence her. As modern enemies pursue him through the streets and mountains of Ukraine, Swagger will not rest until he brings Mili Petrova the justice he believes she was denied—or dies trying. From the scale, tragedy, heroism, and evil of the Eastern Front in World War II—including the Battle of Kursk, the largest armored engagement in history—to a thrilling modern-day manhunt among fanatical terrorists, shrewd Mossad operators, and the greatest sniper ever to handle a rifle, Sniper’s Honor is a tour de force from one of the greatest thriller writers ever to pick up a pen—or a gun.