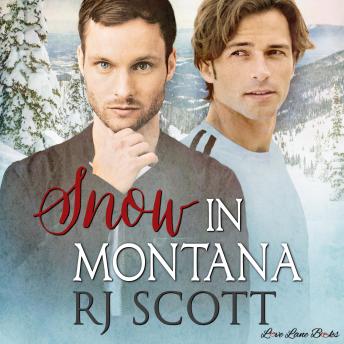 An actor in the closet, a sheriff in love, and memories that won’t stay hidden.

Jordan Darby is known as the King of Christmas. The star of eight made-for-TV Christmas movies, the leading man who always gets his girl. Filming at Crooked Tree Ranch in Montana, in the ice and snow, Jordan is fighting to make a go of his new company and dealing with fears of exposure over one huge secret. After all, who the hell would buy into him being a romantic straight lead if rumors about him being gay were proven to be true?

Sheriff Ryan Carter is advising on the new movie being made at Crooked Tree. He hoped this would be one day of work and nothing more. Until, that is, he meets the hero. But while Jordan is sexy, he’s also very much stuck in the closet—everything that Ryan doesn’t need in his life. And then lust becomes part of the equation, and Ryan’s quiet life is thrown into turmoil.

Their story unfolds against the chaos that overtakes the ranch, with Adam regaining memories that terrify him and make him look at Justin differently, and Justin leaving the ranch to make things right. Only through trusting in love and friendship can Justin and Adam learn to look to the future instead of letting the past destroy everything. But will they ever see clearly enough to do that?

This title is due for release on December 3, 2018
We'll send you an email as soon as it is available!