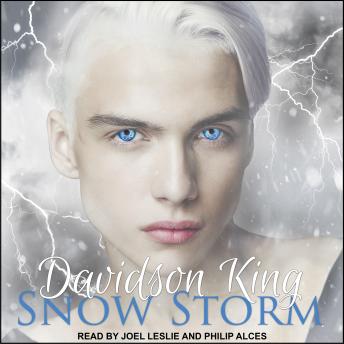 The city of Haven Hart rests under the heel of Christopher Manos. He reigns over the most dangerous and deadliest citizens as the most powerful crime boss the city has seen in generations. Yet, for the last five years, the harshest edges of his nature have been tempered by the loving devotion of his husband, Snow, and the nephew Christopher adores like a son. His life is a balance of darkness and light until a birthday trip for his nephew, Simon, is interrupted by a hail of bullets and explosions, threatening to destroy it all.

Snow has found a home, a family, and the love of one of Haven Hart's most powerful men. When Christopher and Simon are kidnapped, Snow risks everything to find his family. Utilizing specialized skills he learned on the streets and the finer points of running a city from his crime boss husband, Snow takes on roles he never dreamed he would-protector, leader, and avenger. No one threatens his family and lives. Experienced enough to know he can't do this alone, Snow calls in every favor he is owed, risking his life promising favors in return, all to save his family and the man he loves.