So Dear to my Heart 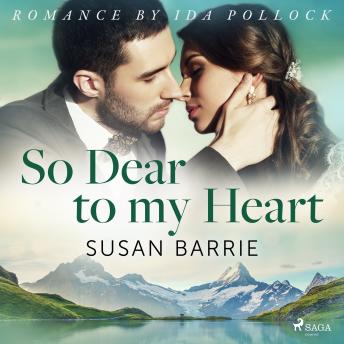 Virginia accompanies Lisa, her young pianist of a sister, to Switzerland where the latter can get help with her hand injury and play piano again. The famous Swiss surgeon, Dr. Leon Hanson, is charming and well able to come to the rescue. Although Lisa is usually the one to attract attention, the doctor's gaze is this time fixed upon the sweet Virginia. How can Virginia resist, and in such stunning scenery? The intriguing tale was written in the 20th century under one of Ida Pollock's pseudonyms, Susan Barrie.

So Dear to my Heart