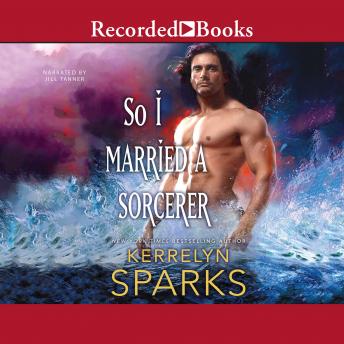 So I Married a Sorcerer

Destined for Doom-or Desire? Growing up on the Isle of Moon, Brigitta knew that she was born with the magical powers of the Embraced-even if she did not know how to wield them. But she has finally learned the truth: Brigitta is the lost princess of the kingdom of Tourin. She was sent into hiding as an infant to escape the wrath of her half-brother, the king. And now he knows just where to find her. Rupert is a notorious pirate and sorcerer who can harness the wind with his hands. He's spent most of his life plotting revenge on the evil king-and Rupert believes that Brigitta could be the key to finally destroying his enemy. But what begins as a kidnapping of the innocent beauty escalates into something deeper, and more passionate, than either captor or captive could have imagined. Rupert soon vows to protect Brigitta against the king-but will they survive long enough to find their happily-ever-after...Or does fate have something else in store?

So I Married a Sorcerer