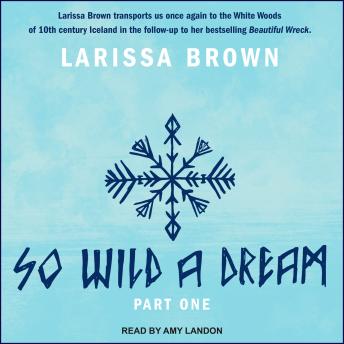 So Wild A Dream

Eðna Jonsdottir is on a mission. Touch down in tenth-century Iceland, gather what she needs regardless of the consequences, and return to the twenty-second century, becoming the world's first time machine test pilot. Falling in love isn't on the checklist.

Brosa Ulfsson is handsome, capable, easygoing-or he was, until tragedy and grief swallowed him. Eðna coaxes him from the grave and wakens his forgotten dreams. But she has no intention of staying in his Viking world.

Svana is a young woman set on vengeance. With a curse and plea to the gods, she kindles the flames of an old feud and explodes everyone's plans, driving Eðna to a fateful choice.

How far into the wilds of the past will Eðna go to save Brosa, when her own dreams hang in the balance?

So Wild A Dream