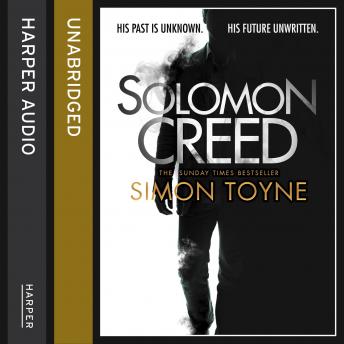 WHO IS SOLOMON CREED?
The first in an electrifying new high concept series from Sunday Times bestselling author of SANCTUS, Simon Toyne

A plane crash in the Arizona desert.

An explosion that sets the world on fire.

A damning pact to hide an appalling secret.

And one man bound to expose the truth.

He is Solomon Creed. No one knows what he is capable of.

When Solomon Creed flees the burning wreckage of a plane in the Arizona desert, seconds before an explosion sets the world alight, he is acting on instinct alone. He has no memory of his past, and no idea what his future holds. Running towards a nearby town, one name fires in his mind - James Coronado. Somehow, Solomon knows he must save this man. But how do you save a man who is already dead?