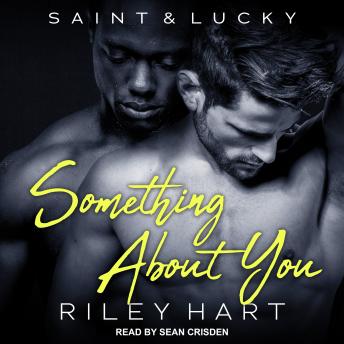 Lucky Tyler Holloway has never felt particularly lucky. Frankly, he's as regular as can be. He works construction with his brothers, loves his small-town life, and shares a close bond with his family, especially his grandmother. Okay, so maybe he has a few secrets in his closet, like his bisexuality . . . and that other thing he doesn't talk about . . .

Grayson 'Saint' St. Claire has it all: a dream job in LA, money, freedom. Saint doesn't do attachments, which is just the way he likes it. Still, he'd be lying if he didn't admit he missed his deceased parents, the only family he had . . . Until he gets an email from some guy named Tyler, revealing the existence of a grandmother he's never met, prompting Saint to drop everything and drive across the country.

Saint and Tyler couldn't be more different. Tyler dislikes Saint on sight, but there's something about Tyler that gets under Saint's skin. It's not until they get to know one another that everything begins to change for the better. But the Holloways and St. Claires have secrets, their pasts tied together in tragic ways. With the odds stacked against them, Saint and Tyler have to face the fact that love alone might not be enough . . .