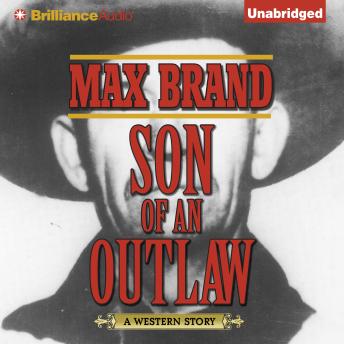 Son of an Outlaw

Black Jack Hollis was a daring outlaw before he was shot down. In the wake of his death, it's discovered that Hollis left behind an infant son. Elizabeth Cornish, co-owner of the Cornish Ranch alongside her brother, Vance, takes it upon herself to raise the child as her own.

Elizabeth names the boy Terry Colby and gives Terry a fictitious aristocratic background, believing the way the boy is raised will determine the man he will become. But Vance is convinced that Terry is destined to become an outlaw himself, and that it will be impossible to overcome the lawlessness that runs in his blood.

Vance only cares for the finer things in life, and he believes that his sister will leave the prosperous ranch to him when she dies. However, Elizabeth informs her brother that on Terry's twenty-fifth birthday, he will become the sole heir of the Cornish Ranch. Vance will stop at nothing to sabotage his sister's plans and ensure he will inherit the family's wealth, even if it means inviting a famous lawman to Terry's birthday party-the man who shot Black Jack Hollis!