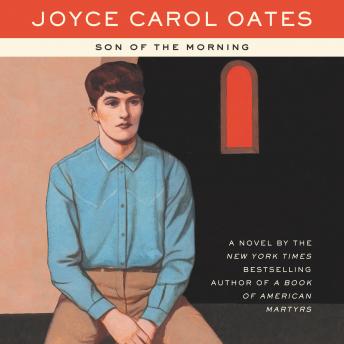 Son of the Morning

Nathan Vickery came into the world amid unfortunate circumstances. His mother, Elsa Vickery, daughter of an agnostic small town doctor and his pious wife, was brutally assaulted at the age of seventeen. The son she gave birth to in the wake of this event is brought up by his grandmother as a devoted Christian. At the age of seven, Nathan begins to see visions of Christ and embarks on a path as a prodigy boy-preacher, hurtling toward enlightenment while increasingly falling under the dangerous spell of power.

Nathan becomes the leader of an evangelical church, accumulating vast riches from donation. Each year, his visions grow more elaborate and grandiose. When he suddenly feels that God has forsaken him, is it punishment for indulging in the sins of lust, pride, and greed that he has long preached against?

Joyce Carol Oates’s talent for searing psychological inquiry and her eye for detail as well as her knack for indelible character portrayals and unflinching social commentary are fully on display in Son of the Morning. Fans of her work will be thrilled to see this early novel, the influences of which can be observed in later tour-de-force works like A Book of American Martyrs and The Sacrifice.

Son of the Morning