The Song of Roland 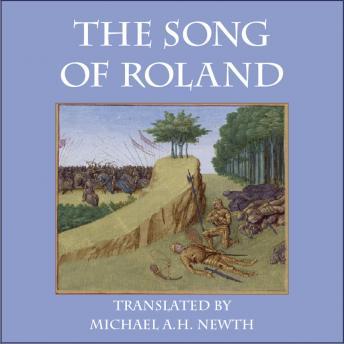 "The Song of Roland" is acknowledged today as the first masterpiece of French vernacular literature and one of the world's greatest epic poems. Written down around the year 1090, "The Song of Roland's" finely crafted verses tell of the betrayal and defeat of Charlemagne's beloved nephew at the Pass of Roncevaux in the Pyrenees and of the revenge subsequently sought on his behalf. Michael Newth's new verse translation of the "Chanson de Roland" — the first in English in over 50 years to preserve the full poetic diction of the medieval composition — recaptures the form, feel and flow of the original work in performance by restoring the genre's "verbal music" to the "Song of Roland." This translation of the "Chanson de Roland" meets the need for a new version of the great poem for English readers of the twenty-first century, and it also highlights its potential as a viable piece of performance art. The audio book includes brief selections of medieval music interspersed between various sections.