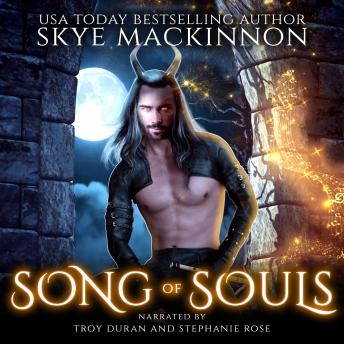 Nobody can resist his call…. not even her…

The Piper's music is alive, drawing souls from the world of the living to the lands of the dead. Those who hear him have no choice but to follow - when the Piper calls you, you will do as you are told.

Autumn is on the run from the Cult of the Hundred after witnessing something she should never have seen. She's fighting for survival; she doesn't have time for distractions. That is, until she meets a man nobody but her can see. He's intriguing, gorgeous and mysterious - and he lies to her whenever he opens his pretty mouth. She needs to leave, needs to run from the Cult, but his music touches something deep within her.

A new song has begun…

He's played his tune for a hundred years, but no living human has ever seen him. Until Autumn. His music is only supposed to control those destined to leave this world, but to make Autumn stay with him, he might have to change the rules. Forever. Because he'll never be able to let her go.

Set in the same fantasy world as the bestselling Catnip Assassins series, this romantic Pied Piper retelling will sing to fans of Laura Thalassa and C.N.Crawford.

﻿If you enjoy haunted, flawed anti-heroes, strong heroines and love stories that will make you swoon, listen to this gripping romance today!