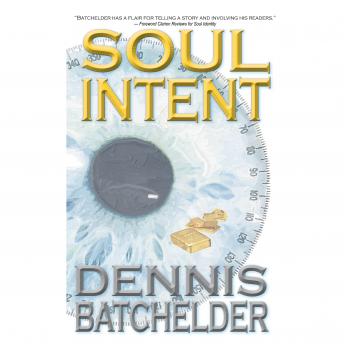 In 1946, soon-to-be-executed Nazi General Hermann Goering asks young Soul Identity overseer Archibald Morgan to take his looted gold and deposit it in a soul line collection, there to await his soul's rebirth.

Flora, a seventeen-year-old Gypsy girl whose father died in the Dachau concentration camp, is sure that Goering stole the gold. She struggles to persuade Morgan to reject the Nazi's deposit, but Morgan prevails.

Sixty-four years have passed. A repentant Morgan opens Goering's collection and discovers the gold is gone. In its place lies a cryptic journal. Morgan asks security expert Scott Waverly to find the thief and recover the gold.

Scott must race through Europe to uncover the elusive secrets of what really happened in Nuremberg¦ secrets that threaten to reopen old wounds, settle old scores, and lead to the gold's"and his own soul's"recovery.