Soul of a Highlander 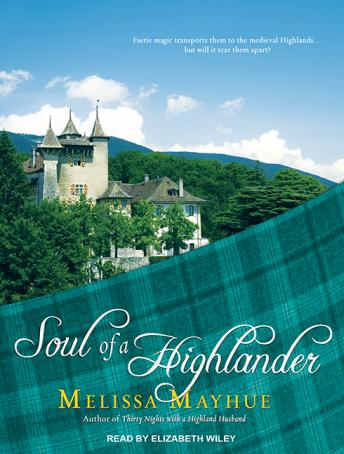 Nine years ago, Faerie magic saved Mairi MacKiernan at the cost of her dreams of happiness, snatching her from her life in 1272 and depositing her in the twenty-first century. Now, she must save the last Daughter of the MacKiernan family . . . who was murdered in 1295. Transported back in time at her request, Mairi finds herself captured by the same evil men as before! Is this the price she must pay for the Faerie magic?

Ramos Servans has dedicated his dreams to service as a Guardian, but when he discovers the evil unleashed on the Mortal Plain by his father and their people, he swears that he will atone by ridding the world of Nuadian deceit. Part of his mission involves rescuing a lovely Highland lassie, and in the passion that grows between them, Ramos and Mairi find a new dream. But falling in love can be dangerous when Faerie magic is involved. Dreams may not be the only cost . . .Contains mature themes.

Soul of a Highlander