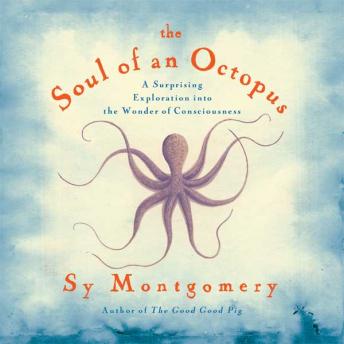 The Soul of an Octopus: A Surprising Exploration into the Wonder of Consciousness

In this astonishing book from the author of the best selling memoir The Good Good Pig, Sy Montgomery explores the emotional and physical world of the octopus-a surprisingly complex, intelligent, and spirited creature-and the remarkable connections it makes with humans.

I'd like to give a four and a half star rating, but I'll happily settle for five. The writing is mostly narration of small stories; often about octopuses, always about sealife, but really about the effects of relationships with minds outside our own. The best part about this though is the way the author narrates. Every story is a memory being recalled and the emotion comes through. When talking about all the facts learned along the way it's not just telling of neat things at a party. It's about exploring the differences between and still, somehow, coming out relating to minds foreign. As for the half star off, the book drags a little at the end where some filler takes place. But none of it is bad writing, it's just not things that seem to directly relate to the main story points being told.

By far the best book I've read! The narrators voice is pleasant and expressive. Learned so much about the octopus

I'm a "get to the point" reader. My interest was piqued occasionally when the author talked about the behavior and characteristics of the octopus. The lengthy narrations of her personal story including some description of clothing people wore to events was yawn material for me. Just not my style.

This is.a beautiful story that will make you feel as if you were right there with the writer. I now want to see touch and be felt by an octopus. It is almost an ethereal experience to read this book!!

I loved every second of this book. The narration was stellar - full of emotion and information. Never thought a book about octopuses and the people who care for and about them could hold my interest but it surely did. My life has been enriched thanks to this book. Will seek out other books by this author.

the book was very not science but nonetheless interesting. the narrator was far too expressive but more so the differences in volume from whispering to yelling was an annoyance