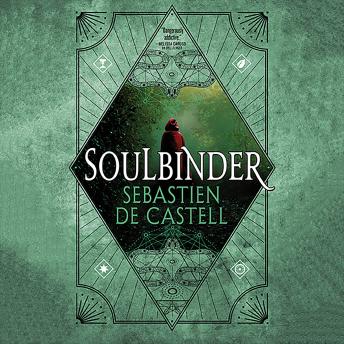 A failed mage learns that just because he's not the chosen one it doesn't mean he can't be a hero in the fourth book of an exciting adventure fantasy series from Sebastien de Castell.

For an outlaw spellslinger, the only way to survive is to hide.
Kellen's curse is growing stronger, promising a future of madness and murder. And now that the bounty hunter sworn to kill ever last shadow black have caught his trail, he knows his days are numbered
Desperate, Kellen braves a barren desert to find a mysterious order of monks rumored to posses a cure. But there are secrets darker and more dangerous than Kellen expected, and the price of his salvation may be more than he's willing to pay.
Spellslinger SeriesSpellslingerShadowblackCharmcasterSoulbinder
For more from Sebastien de Castell, check out:
The Greatcoats QuartetTraitor's BladeSaint's BloodKnight's ShadowTyrant's Throne