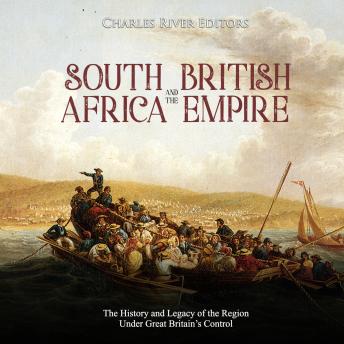 South Africa and the British Empire: The History and Legacy of the Region Under Great Britain's Control

"The Boers were hostile toward indigenous African peoples, with whom they fought frequent range wars, and toward the government of the Cape, which was attempting to control Boer movements and commerce. They overtly compared their way of life to that of the Israel patriarchs of the Bible, developing independent patriarchal communities based upon a mobile pastoralist economy. Staunch Calvinists, they saw themselves as the children of God in the wilderness, a Christian elect divinely ordained to rule the land and the backward natives therein. By the end of the 18th century the cultural links between the Boers and their urban counterparts were diminishing, although both groups continued to speak a type of Flemish." - Encyclopaedia Britannica
The Boer War was the defining conflict of South African history and one of the most important conflicts in the history of the British Empire. Naturally, complicated geopolitics underscored it, going back centuries. In fact, the European history of South Africa began with the 1652 arrival of a small Dutch flotilla in Table Bay, at the southern extremity of the African continent, which made landfall with a view to establishing a victualing station to service passing Dutch East India Company (Vereenigde Oost-Indische Compagnie) ships. The Dutch at that point largely dominated the East Indian Trade, and it was their establishment of the settlement of Kaapstad, or Cape Town, that set in motion the lengthy and often turbulent history of South Africa.
For over a century, the Cape remained a Dutch East India Company settlement, and in the interests of limiting expenses, strict parameters were established to avoid the development of a colony. As religious intolerance in Europe drove a steady trickle of outward emigration, however, Dutch settlers began to informally expand beyond the Cape, settling the sparsely inhabited hinterland to the north and east of Cape Town. In doing so, they fell increasingly outside the administrative scope of the Company, and they developed an individualistic worldview, characterized by self-dependence and self-reliance. They were also bonded as a society by a rigorous and literal interpretation of the Old Testament. In their wake, towards the end of the 17th century, followed a wave of French Huguenot immigrants, fleeing a renewal of anti-Protestantism in Europe. They were integrated over the succeeding generations, creating a hybridized language and culture that emerged in due course as the Cape Dutch, The Afrikaner or the Boer.
The Napoleonic Wars radically altered the old, established European power dynamics, and in 1795, the British, now emerging as the globe's naval superpower, assumed control of the Cape as part of the spoils of war. In doing so, they recognized the enormous strategic value of the Cape as global shipping routes were developing and expanding. Possession passed back and forth once or twice, but more or less from that point onwards, the British established their presence at the Cape, which they held until the unification of South Africa in 1910. However, it would only come after several rounds of conflicts, and South Africa would remain a dominion through history's deadliest wars in the first half of the 20th century.
South Africa and the British Empire: The History of the Region as a Colony and Dominion looks at the controversial British colonization, fighting, and results. Along with pictures and a bibliography, you will learn about the British control of South Africa like never before.

South Africa and the British Empire: The History and Legacy of the Region Under Great Britain's Control