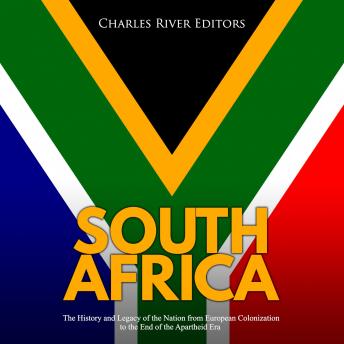 South Africa: The History and Legacy of the Nation from European Colonization to the End of the Apartheid Era

The Boer War was the defining conflict of South African history and one of the most important conflicts in the history of the British Empire. Naturally, complicated geopolitics underscored it, going back centuries. In fact, the European history of South Africa began with the 1652 arrival of a small Dutch flotilla in Table Bay, at the southern extremity of the African continent, which made landfall with a view to establishing a victualing station to service passing Dutch East India Company (Vereenigde Oost-Indische Compagnie) ships. The Dutch at that point largely dominated the East Indian Trade, and it was their establishment of the settlement of Kaapstad, or Cape Town, that set in motion the lengthy and often turbulent history of South Africa.
The Napoleonic Wars radically altered the old, established European power dynamics, and in 1795, the British, now emerging as the globe's naval superpower, assumed control of the Cape as part of the spoils of war. In doing so, they recognized the enormous strategic value of the Cape as global shipping routes were developing and expanding. Possession passed back and forth once or twice, but more or less from that point onwards, the British established their presence at the Cape, which they held until the unification of South Africa in 1910. However, it would only come after several rounds of conflicts.
On June 1, 1948, Daniel Malan arrived in Pretoria by train to take office, and there he was met by a huge crowd of cheering whites. He told the audience, "In the past, we felt like strangers in our own country, but today, South Africa belongs to us once more. For the first time since Union, South Africa is our own. May God grant that it always remain our own." Back in Johannesburg, the leadership of the ANC, including the young attorney Nelson Mandela, listened to these celebratory prognostications in a grim mood. As strangers in their own country, they all understood that the South African liberation struggle would not be won overnight. In fact, the era of apartheid was only just about to formally start.
Although apartheid is typically dated from the late 1940s until its dismantling decades later, segregationist policies had been the norm in South Africa from nearly the moment European explorers sailed to the region and began settling there. Whether it was displacing and fighting indigenous groups like the Khoi and San, or fighting other whites like the Boer, separation between ethnicities was the norm in South Africa for centuries before the election of Malan signaled the true rise of the Afrikaner far right.
The man most associated with dismantling apartheid, of course, is Nelson Mandela. With the official policy of apartheid instituted in 1948 by an all-white government, Mandela was tried for treason between the years of 1956-61 before being acquitted. He participated in the Defiance Campaign of 1952, and oversaw the 1955 Congress of the People, but when the African National Congress was banned in 1960, he proposed a military wing, despite his initial reluctance toward violent resistance, a reluctance which had its roots in original nonviolent protests through the South African Communist Party. The ANC did not openly discourage such an idea, and the Umkhonto we Sizwe was established. Mandela was again arrested in 1962 and tried for attempts to overthrow the government by violence. The sentence was five years of hard labor, but this was increased to a life sentence in 1964, a sentence handed down to seven of his closest colleagues as well.

South Africa: The History and Legacy of the Nation from European Colonization to the End of the Apartheid Era

This title is due for release on March 30, 2019
We'll send you an email as soon as it is available!