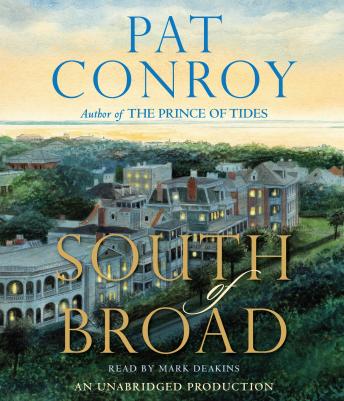 Leopold Bloom King has been raised in a family shattered—and shadowed—by tragedy. Lonely and adrift, he searches for something to sustain him and finds it among a tightly knit group of outsiders. Surviving marriages happy and troubled, unrequited loves and unspoken longings, hard-won successes and devastating breakdowns, as well as Charleston, South Carolina’s dark legacy of racism and class divisions, these friends will endure until a final test forces them to face something none of them are prepared for.

Spanning two turbulent decades, South of Broad is Pat Conroy at his finest: a masterpiece from a great American writer whose passion for life and language knows no bounds.

Praise for South of Broad

“Richly imagined . . . These characters are gallant in the grand old-fashioned sense, devoted to one another and to home. That siren song of place has never sounded so sweet.”—New Orleans Times-Picayune

“A pleasure to read . . . a must for Conroy’s fans.”—Associated Press