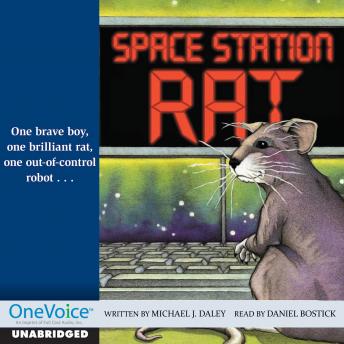 Jeff thought life on a space station would be a great adventure. Boy, was he wrong! His parents have no time for him, the captain has no use for him, and his weird robot caretaker has no tolerance for him.
Jeff is not the only one on the station feeling lost and lonely. Also on board is a Modified rat who accidentally stowed away while trying to escape the lab where she was created. When Rat begins emailing Jeff in an attempt to get food (she's a very bright rat), the two form an unlikely friendship. The thing is, Jeff has no idea his new pen pal is a rat...
Michael J. Daley has concocted a rare treat: a genuine science fiction novel for younger audiences. Humorous, exciting, and touching, the adventures of Jeff and Rat will delight anyone who has dreamed of life in outer space.

This title is due for release on May 14, 2005
We'll send you an email as soon as it is available!