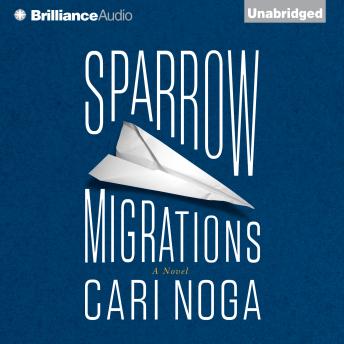 An airplane plunges into an icy river and the world witnesses the dramatic rescue. Then, life after the Miracle on the Hudson landing puts three families on another crash course...with their own fragile humanity.

Airplane passenger Deborah DeWitt-Goldman knows her survival means one last chance to start the family she so badly desires-no matter the cost to her marriage. Preacher's wife Brett Stevens witnesses the event from a ferry, burdened by a secret that could destroy her family. And while twelve-year-old Robby Palmer's desperate parents struggle to reach through the fog of his autism, the boy discovers a deep connection to the birds responsible for the crash.

Now, all of them must navigate the crosscurrents of the consequences of their decisions...and when their paths collide a second time, another miracle just might happen.

Award-winning author Cari Noga's Sparrow Migrations is an inspiring, heartfelt look at the crucible of crisis and the power of human connection.