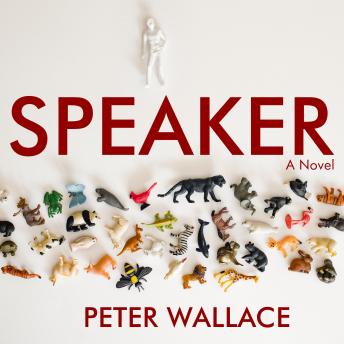 A seemingly ordinary 14-year-old boy discovers he has the ability to talk with animals, and they with him. It is not at all like Dr. Doolittle.

After 14-year-old Hamish Taylor loses his father to cancer, his mother forces him to move with her from rural Pennsylvania to Brooklyn. Resentful, Hamish avoids his mother and explores his new city, which two years earlier had been struck by the catastrophe of 9/11. One day, as Hamish passes near the ruins of the World Trade Center, he is overcome by a cacophony of voices that bubble up from within him. He flees through Brooklyn’s Prospect Park, where a squirrel falls from a tall tree and crashes down in front of him, fatally injured. Hamish discovers he can communicate with the squirrel—and with crows nearby, and with every animal he encounters from then on.

Hamish learns he is a Speaker, one in a centuries-long tradition of rare individuals who have the ability to talk with animals, and who emerge when the world is confronted by extraordinary crises. But Hamish doesn’t know what crisis he has been called to address, and not even the animals he speaks to have the answers for him. At the same time Hamish discovers his new power, he finds that the world around him is bigger and messier than he could have imagined. In his own Brooklyn neighborhood, he encounters a ring of human traffickers. Desperate to free a Russian girl from their grasp, he realizes that Speaker or not, he has a lot to learn.

Speaker is a coming-of-age story about overcoming grief and letting go. It is the story of how a boy begins to become a man. But it is also an adventure, filled with foul-mouthed birds, dim-witted dogs, an international cast of characters, and a mysterious panther who lurks in Brooklyn’s Prospect Park.