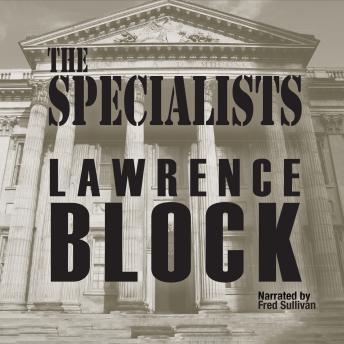 Albert Platt is a rotten man. Bred in the rough parts of Brooklyn, he made his name as a killer and has built a fortune from gambling, loan sharking, and the other pastimes of a standard thug. His latest gambit? Buying banks, robbing them, and collecting the insurance. He's a hard man, and no one ever stood in his way until he brushed up against Eddie Manso.

Manso is no ordinary veteran. He and four other commandos, battle-hardened in the jungles of Laos, have found that the civilian world demands their talents as much as the military once did. These specialists have made a living targeting vicious men whom the law cannot touch, dismantling their empires and taking their plunder. And Albert Platt has just entered their crosshairs.