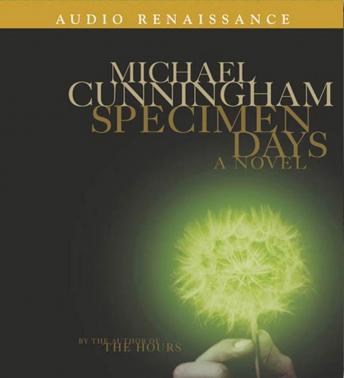 A highly anticipated, bold new novel from the Pulitzer Prize-winning author of The Hours-three linked visionary narratives set in the ever-mysterious, turbulent city of New York
In each section of Michael Cunningham's new book, we encounter the same group of characters: a young boy, an older man, and a young woman. 'In the Machine' is a ghost story which takes place at the height of the Industrial Revolution, as human beings confront the alienated realities of the new machine age. 'The Children's Crusade,' set in the early twenty-first century, plays with the conventions of the noir thriller as it tracks the pursuit of a terrorist band which is detonating bombs seemingly at random around the city. The third part, 'Like Beauty,' evokes a New York 150 years into the future, when the city is all but overwhelmed by refugees from the first inhabited planet to be contacted by the people of Earth. Presiding over each episode of this interrelated whole is the prophetic figure of the poet Walt Whitman, who promised his future readers, 'It avails not, neither distance nor place...I am with you, and know how it is.'
SPECIMEN DAYS is a genre-bending, haunting, and transformative ode to life in our greatest city-a work of surpassing power and beauty by one of the most original and daring writers at work today.

This title is due for release on June 1, 2005
We'll send you an email as soon as it is available!