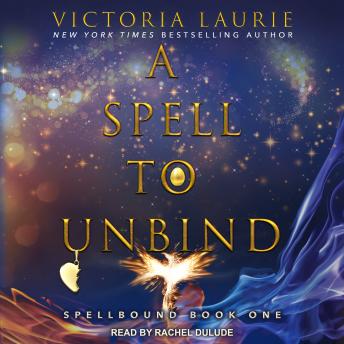 A Spell to Unbind

As a professional thief, Esme Bellerose's daylong job interview was going well: She'd come through most of it with only a black eye, bloody lip, broken wrist, a few cracked ribs, and talon marks from a ruby-throated dragon-but at least she wasn't missing any pieces. And if she could only survive until the five o'clock hour, she'd land the job that was every mystic thief's dream: employment at SPL Inc.

But the head of SPL, Elric Ostergaard, has other plans, and he's put one additional task on Esme's job application, which must be completed before he'll hire her. Namely, Elric wants the famed Faberge egg, created for the last tsarina but stolen away by Russian mystic Grigori Rasputin. The magically infused egg has lifesaving properties, and it's worth a king's ransom.

For Esme, accepting the task is easy; finding the egg after Grigori has been brutally murdered while also being forced to mentor a bullheaded mystic detective in the middle of a family squabble is the trickier part. And things just seem to get more complicated from there. But Esme has little choice. Either she brings Elric the egg or she'll end up as dragon kibble.