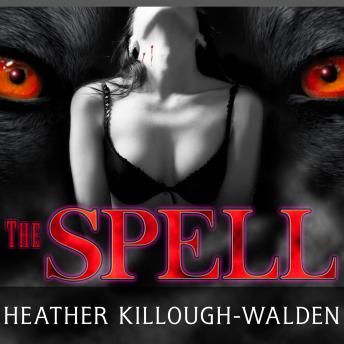 Dannai, who is also known as the Healer, has begun dreaming of
werewolves. She'd always been able to hide the fact that she was a
dormant, using her magic to shield the sweet, promising scent from the
alphas she's been forced to work around. But now that they've invaded
her dreams, her world has really been turned upside down. For, though
every dormant dreams of her intended mate, Dannai is dreaming of two
wolves, not one. And neither one of them is good news. One is a
notorious killer. The other is Lucas Caige.Lucas Caige is a man
with a haunting past. A warlock took his brother from him fifty years
ago and he's spent his life outrunning that dark magic. But fate has a
way of throwing sand in your gears-and just when Caige thought he
could forever leave behind the magic that brought pain to his life, his
path crosses that of the Healer. Dannai unwittingly casts her spell over
him the moment he lays eyes on her. She's stunning, she's kind, and
everything about her wreaks havoc on his senses. She's also magic incarnate. But
if Dannai thinks that's going to stop him from doing everything in his
power to make her his mate, the little witch has another thing coming.

This title is due for release on January 16, 2012
We'll send you an email as soon as it is available!