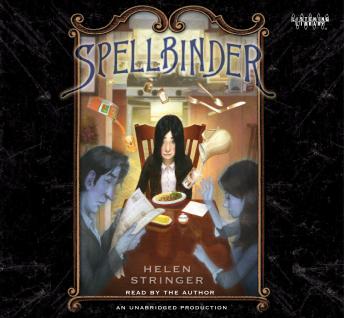 Belladonna Johnson can see ghosts. It’s a trait she’s inherited from her mother’s side of the family, like blue eyes or straight hair. And it’s a trait she could do without, because what twelve-year-old wants to be caught talking to someone invisible? It is convenient, though, after Belladonna’s parents are killed in a car accident. They can live with her the same as always, watching the same old TV shows in their same old house. Nothing has changed . . . until everything changes.

One night, with no warning, they vanish into thin air—along with every other ghost in the world. It’s what some people think ghosts are supposed to do, but Belladonna knows it’s all wrong. They may not be living, but they’re not supposed to be gone.

With the help of her classmate Steve, a master of sneaking and spying, Belladonna is left to uncover what’s become of the spirits and to navigate a whole world her parents have kept well-hidden. If she can’t find her way, she’ll lose them again—this time for good.