Spellbound in a Kilt 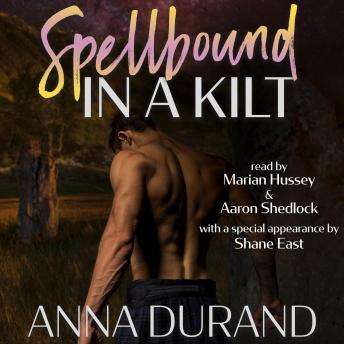 She holds the power to enchant him, but he only wants to debunk it.

When a lass's college sweetheart calls her insane and promptly dumps her, she has a right to expect never to see him again. But Luke Turner has returned—by crashing my cousin's wedding reception, no less. Has he come to win me back? No. The scunner wants to 'study' me so he can determine how to disabuse me of my Wiccan beliefs.

Maybe Luke is the only man who ever made me wish I were 'normal,' but I don't feel that way anymore.

Kirsty MacTaggart was my first love—until she announced she's a witch. The girl must be insane to believe she has 'witchy powers.' Twelve years after we broke up, I find myself face to face with the only woman I've ever loved. But the experiment I'm about to conduct isn't quite what I've told Kirsty it is. Will she ever forgive me when she finds out my ulterior motive?

Fall under the spell of the tenth book in the bestselling Hot Scots series of contemporary romances!

Spellbound in a Kilt

This title is due for release on October 8, 2021
We'll send you an email as soon as it is available!