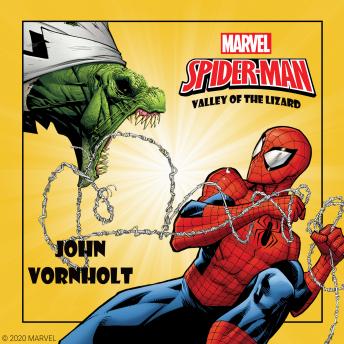 Spider-Man: Valley of the Lizard

It begins with the murder of a New York socialite. Following the trail of the killers, Spider-Man is soon confronted by one of his oldest, deadliest enemies: the Lizard. Once a respected scientist, Dr. Curt Connors created a serum that he hoped would regenerate the arm he had lost years before. But the serum did more than regrow his arm-it turned him into the savage, human-hating creature called the Lizard. Spider-Man pursues the Lizard from the concrete canyons of New York to the lush jungles of Mexico. Once there, he discovers not only that the Lizard is formulating a new plan to wipe out all humans but also that he now has an army of reptilian creatures ready to carry out his orders!

Spider-Man: Valley of the Lizard